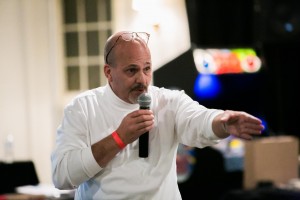 What are your favorite Flash games?

What are your favorite games with peripherals?

What are your favorite Rareware titles?

On this day in 1998, Banjo Kazooie was released in Australia! (I know, I have to stretch sometimes for these) The first entry in a somewhat long running series, Banjo Kazooie laid the humor and gameplay framework for its popular sequel, Banjo Tooie, and established the series as one of Rare's finest.

Due to the COVID-19 pandemic, RetroWorld Expo 2020 has been cancelled. We will be rescheduling for the 2021 year.

This was a very tough decision for us to make but due to restrictions that would have to be imposed by the state and convention center at the show both capacity and social distancing wise as well as overall general public health concern we thought it would be best to postpone the show until next year. If we had continued with the show this year it would not be an event that our fans would expect and we would not want to put on a show that was anything less.

An email notification will be sent out to all attendees and vendors who would like to seek a refund. Please send an email to kris@retroworldexpo if you would like a refund for tickets or a booth.

If not notified, all tickets and vendor reservations will be forwarded to next years 2021 show. The 2021 date will be announced soon.

Hotel reservations should be automatically cancelled in the next few days. You should receive an email cancellation notice. If you do not, reach out to your respective hotel for resolution.

We look forward to seeing you next year!

What are your favorite classic PC games?

On this day in 2000, Diablo II was released in North America. A sequel to the classic ARPG, Diablo II further set the stage for Blizzard as a AAA PC developer and even consoles later with the sequel, Diablo III, eventually making its way to home boxes in the next decade.