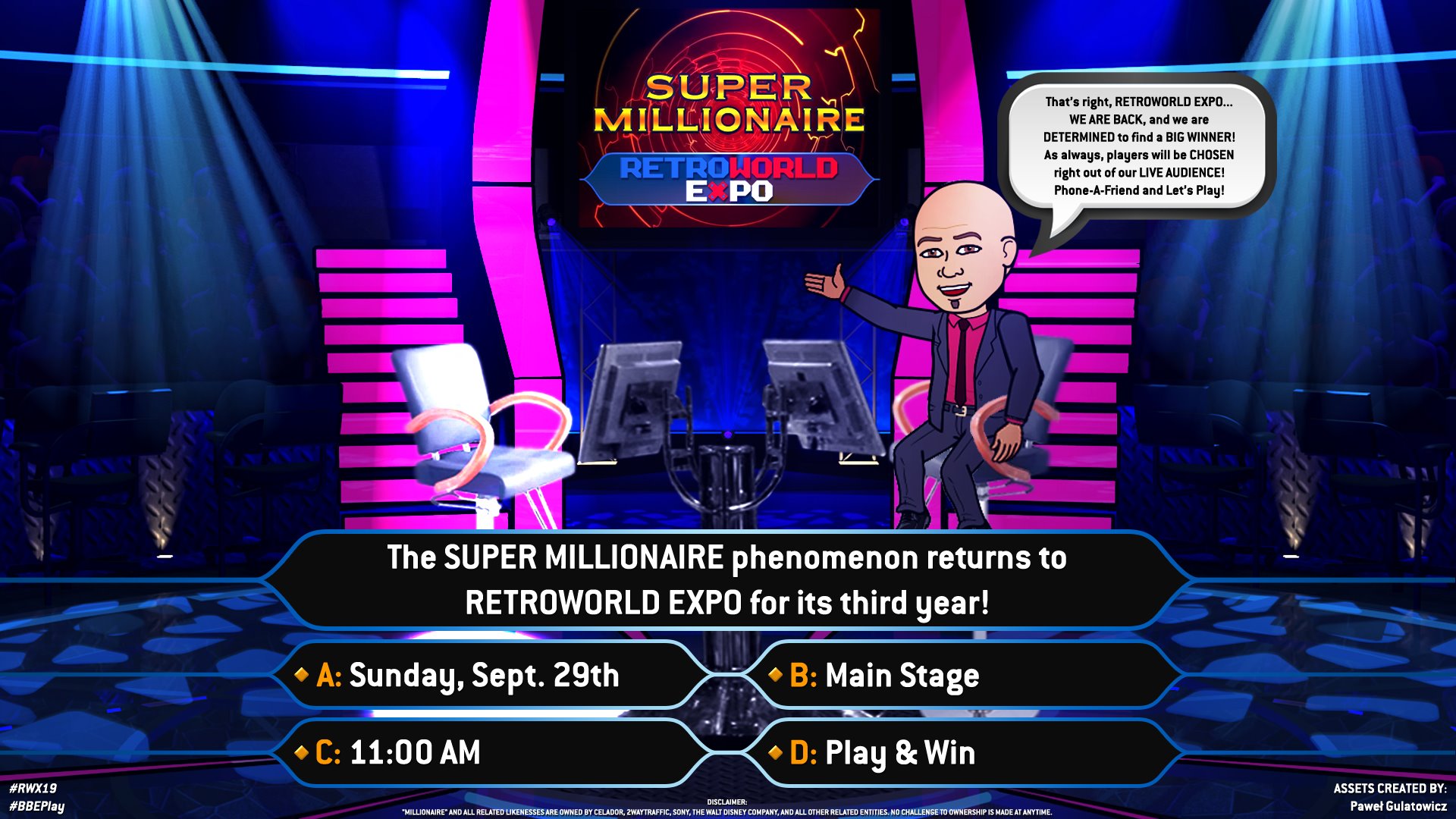 Big Bucks Entertainment throws it back to the ‘90s / ’00s with the hit ABC game show, “Who Wants To Be A SUPER Millionaire?” – complete with a faithful recreation of the Hot Seat, praised by original TV show set designer, Andy Walmsley.

Players take on a fifteen (15) question multiple choice trivia game, where three (3) Lifelines are at a player’s disposal. Once a player successfully reaches the tenth question, two (2) additional Lifelines are earned. Players and audiences alike are mesmerized by the replica set, and even asked to pose for “selfies” with their friends and family. 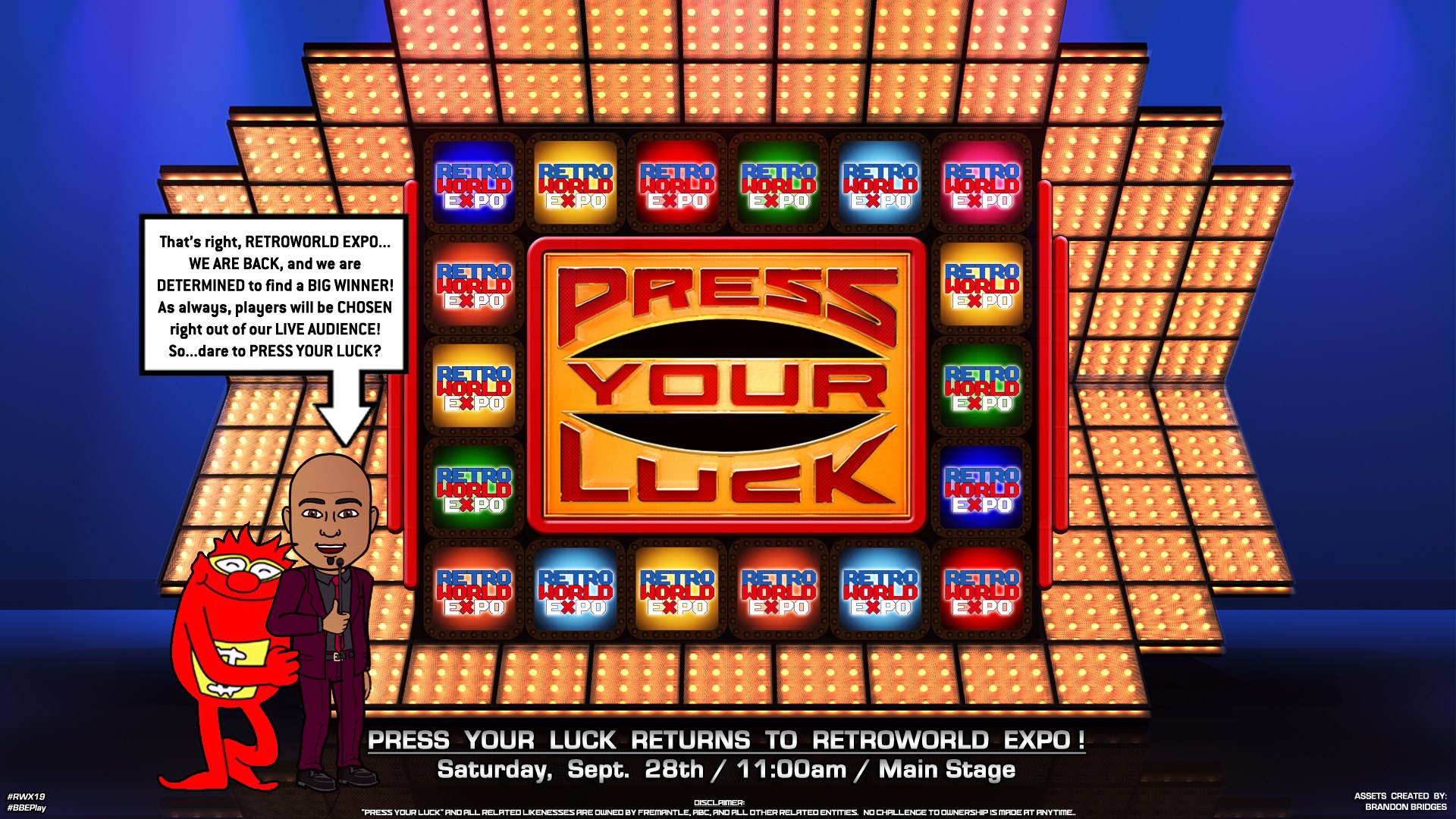 Press Your Luck
Contestants chosen from the audience!

Big Bucks Entertainment recaptures the excitement of the ‘80s cult classic game show, “Press Your Luck” – by presenting a faithful, digital recreation of The Big Board, where squares flash cash, prizes and the Whammies.
Players are presented with a modern twist to the big red buzzers used on the original show, custom built with colored light indicators. Audiences are whipped into a crazed frenzy the moment a player stops on a large prize, catapulting a player’s score to commanding leads, resulting with exciting game outcomes. 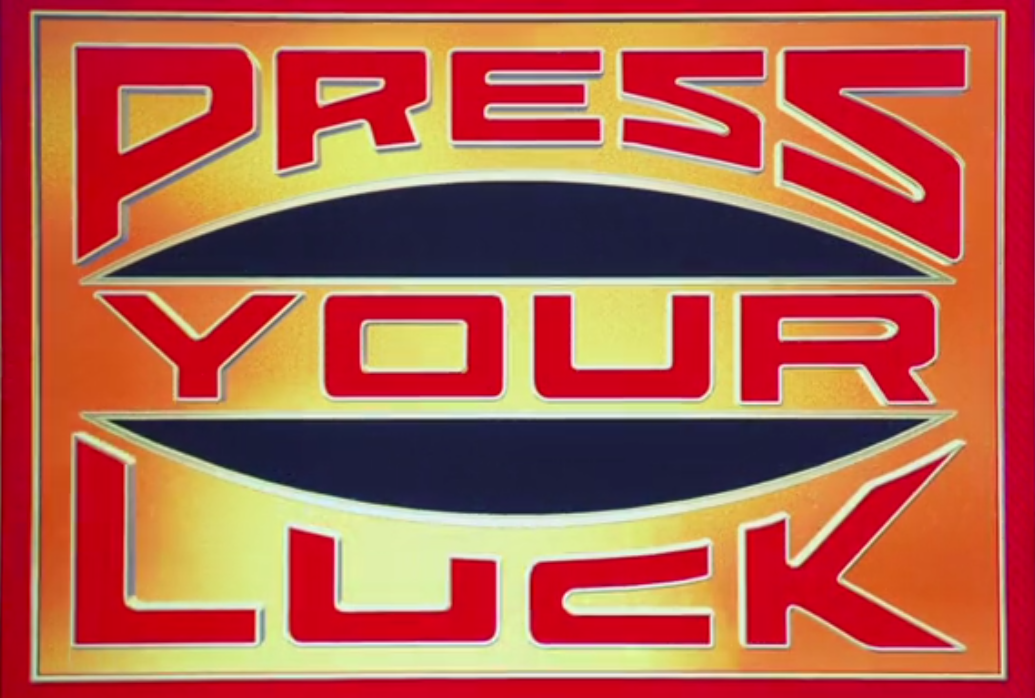 Celebrity Guests play and compete in the classic Press Your Luck gameshow at the Mega Retro After Party. Things might get a little crazy!